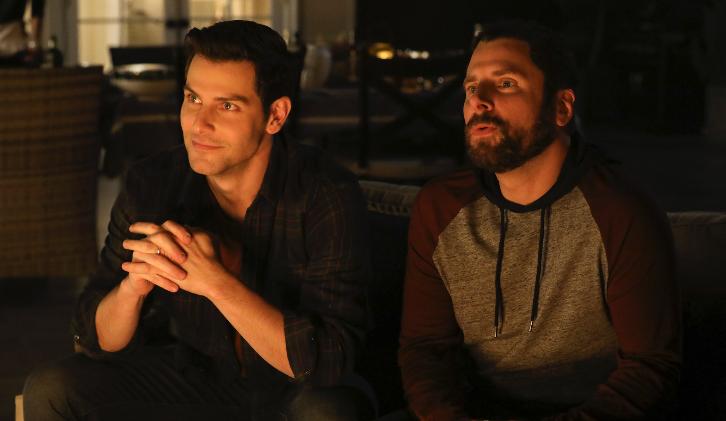 Sneak Peek 2
Thanks to Lady_Junky for the heads up.

Press Release
RELATIONSHIPS ARE ON THE MEND AS EVERYONE STARTS TO MOVE ON WITH THEIR LIVES, ON AN ALL-NEW EPISODE OF ABC’S ‘A MILLION LITTLE THINGS,’ WEDNESDAY, OCT. 17

“friday night dinner” – The aftermath of Eddie and Delilah’s secret takes a toll on everyone in the group, including the future of Delilah and Regina’s restaurant. Maggie and Gary’s relationship is tested when an old fling turns up, and Delilah struggles with the balance of protecting her children and keeping Jon’s memory alive, on “A Million Little Things,” airing WEDNESDAY, OCT. 17 (10:00-11:00 p.m. EDT), on The ABC Television Network, streaming and on demand.

Guest stars include Chance Hurstfield as Danny, Sam Huntington as Tom, Ash Lee as Dr. Lee, Gerald McRaney as Lenny, Emmy Raver-Lampman as Rebecca and Via Leacock as Sully.