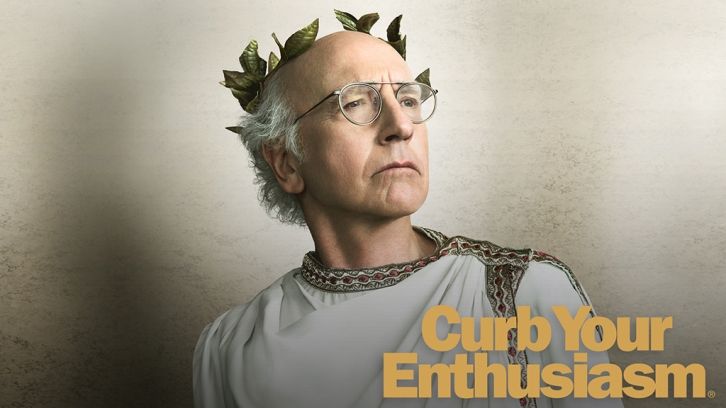 Larry (Larry David) has a scheduling conflict, takes issue with work associates and hosts a pair of ungrateful house guests.

Larry (Larry David) angers a hot yoga teacher, has an auspicious first date and seethes over a run-in with an unfair Uber driver.
Story by Larry David & Jeff Schaffer; directed by Jessie Nelson.

Bridget (Lauren Graham) asks Larry (Larry David) for a favor on behalf of her son. Larry earns unexpected gratitude in a buffet line, and realizes that tips are better than favors.
Story by Larry David & Jeff Schaffer; directed by Robert B. Weide.

Larry (Larry David) is blackmailed by an employee and tormented by someone from his past. Jeff (Jeff Garlin) and Larry pitch a new creative venture. Susie (Susie Essman) gets turned on by a surprising source.
Story by Larry David & Jeff Schaffer & Justin Hurwitz; directed by Jeff Schaffer.

The series is also available on HBO NOW, HBO GO, HBO On Demand and affiliate portals.

The Emmy®- and Golden Globe-winning comedy series CURB YOUR ENTHUSIASM, starring Larry David, returns for its ten-episode ninth season SUNDAY, OCT. 1 (10:00-10:30 p.m. ET/PT), on HBO. The show stars “Seinfeld” co-creator David as an over-the-top version of himself in an unsparing but tongue-in-cheek depiction of his life. This season, Larry has a new venture that elicits promising feedback from a number of prospective investors – until a string of missteps undermines the plan, at least temporarily.

Returning for the new season are cast favorites Jeff Garlin as Jeff, Susie Essman as Susie, J.B. Smoove as Leon and Cheryl Hines as Cheryl, along with Richard Lewis, Bob Einstein, Ted Danson and Mary Steenburgen.

Larry tries to rid himself of an inept assistant, offends Jeff’s barber and gets into hot water over a new project.

Larry reaches out to a familiar face, gives a hotel guest sartorial advice and looks to create a diversion to help a friend’s nephew.

Larry turns to a writer for advice; searching for Susie’s missing “little sister,” he gets ticketed by an overzealous cop.

Larry’s therapist accuses him of overstepping; Susie grows suspicious of Jeff; Larry bribes an usher at a funeral.

Larry commits a faux pas with Sammi’s fiancé, and tries to start over with his mail carrier and golf club security guard.