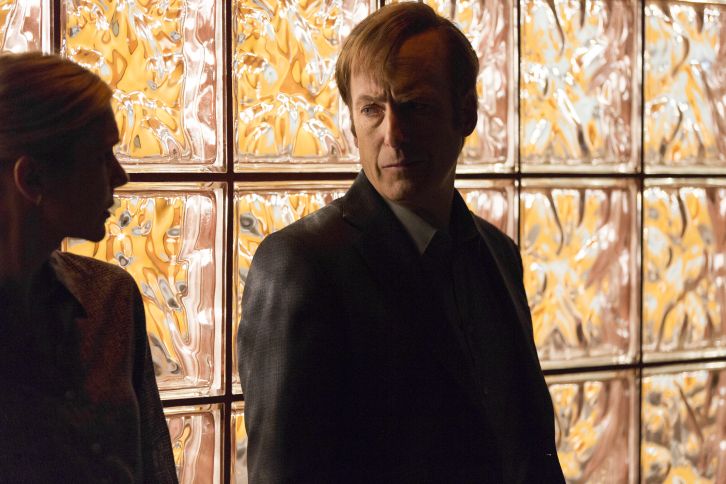 
“He completely knows what Jimmy is doing and is just relaxed and calm about it, because before anyone even walks in the door, Gus sees what’s going on,” Esposito tells EW. “It’s not really worry about Jimmy. Gus is smart enough to know that Jimmy has just brought someone else here. … That scene establishes Gus’ tentacles and what he knows. And I wouldn’t be surprised if he knew that they were coming before they came. His awareness that something is about to happen — because he’s been having his guys track Mike for a while — is clear, so in a way the audience is catching up, after Gus made certain moves already. We haven’t seen the moves that Gus has made to be able to research what Mike is doing and who he is, but he’s had time to suss that out. And I like the fact that they throw back in the feeling of Breaking Bad, Gus knowing, thus complicating the story, especially for Saul Goodman. You know [Gus] is going to meet Mike, and you know that’s going to have to happen soon, but how will he next meet Saul Goodman is the interesting question.”

Jimmy decides to represent a new client to Kim's dismay; Mike meets a formidable ally who gives a tempting offer.