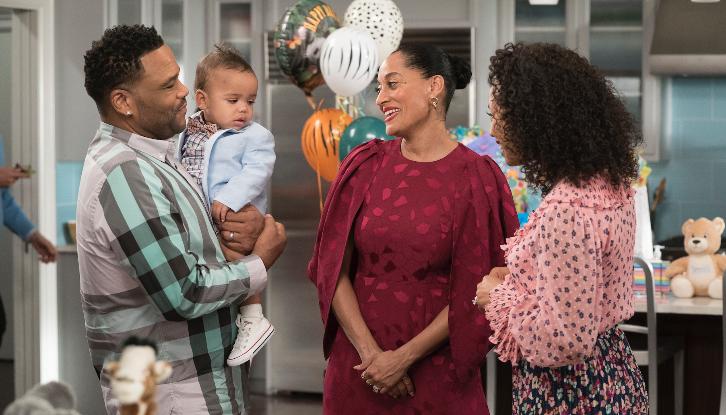 “Fifty-Three Percent” – Dre and Bow have been fighting more than usual, and they decide to go back to their therapist who suggests they make time for a date night. Meanwhile, after Devante’s first birthday party, the bouncy house gets left behind, and Jack and Diane take advantage of it in different ways, on “black-ish,” TUESDAY, APRIL 17 (9:00–9:30 p.m. EDT), on The ABC Television Network, streaming and on demand.

Guest starring are Wanda Sykes as Daphne, Jeff Meacham as Josh, and August and Berlin Gross as Devante.

“Fifty-Three Percent” was written by Gail Lerner and directed by Tracee Ellis Ross.